Government ERA-GLONASS Accident Emergency Response System was commissioned in January 2015 (Resolution of the Government of the Russian Federation, December 26, 2014 No. 1530).
ERA-GLONASS System was created to save lives and mitigate injuries of road traffic accident victims or casualties in other emergencies on Russian roads.

This is attained by reducing the emergency services' (Police, EMERCOM Rescue, EMS) time-to-arrival at the scene by 30% on average through utilizing modern navigation, telecommunication, and information technologies.

With this aim, ground-based ERA-GLONASS navigation information infrastructure is built to serve all roads in the country, and vehicles equipped with GLONASS/GPS navigation communication terminals (at the factory or a certified service center). In event of a traffic accident, the terminal will automatically collect data on its exact location, time, and severity, and transmit it with a high-priority alert to an ERA-GLONASS operator. Once verified, this information is passed on to the emergency response services (the 1-1-2 System or duty police stations). Vehicle driver and passengers can also contact an ERA-GLONASS operator manually – by pressing a special button. 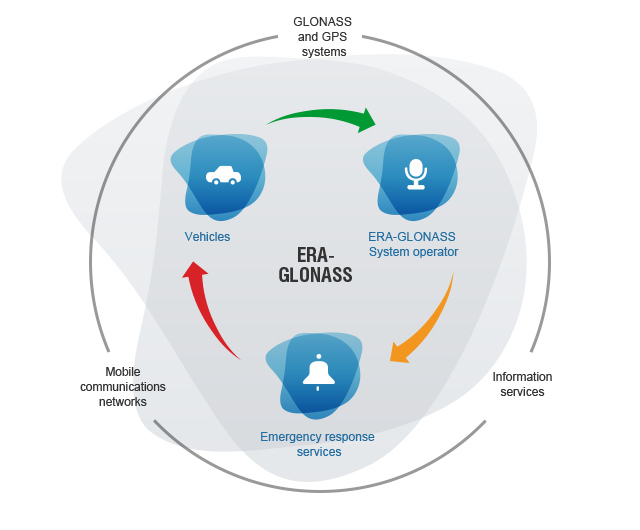 The rules for interaction between the ERA-GLONASS System and the emergency response services lay down the framework and general order for interaction with EMERCOM and Interior Ministry dispatch services, ambulance services, and future 1-1-2 System, with the aim of achieving effective response to road traffic emergencies.

Russian ERA-GLONASS System is harmonized with the eCall System, which is being built by the European Union and has similar functions; this forms a common road safety space throughout Russia and EU member states.

Proven ERA-GLONASS solutions and terminals can be used as the basis for building national accident emergency response systems in other countries. 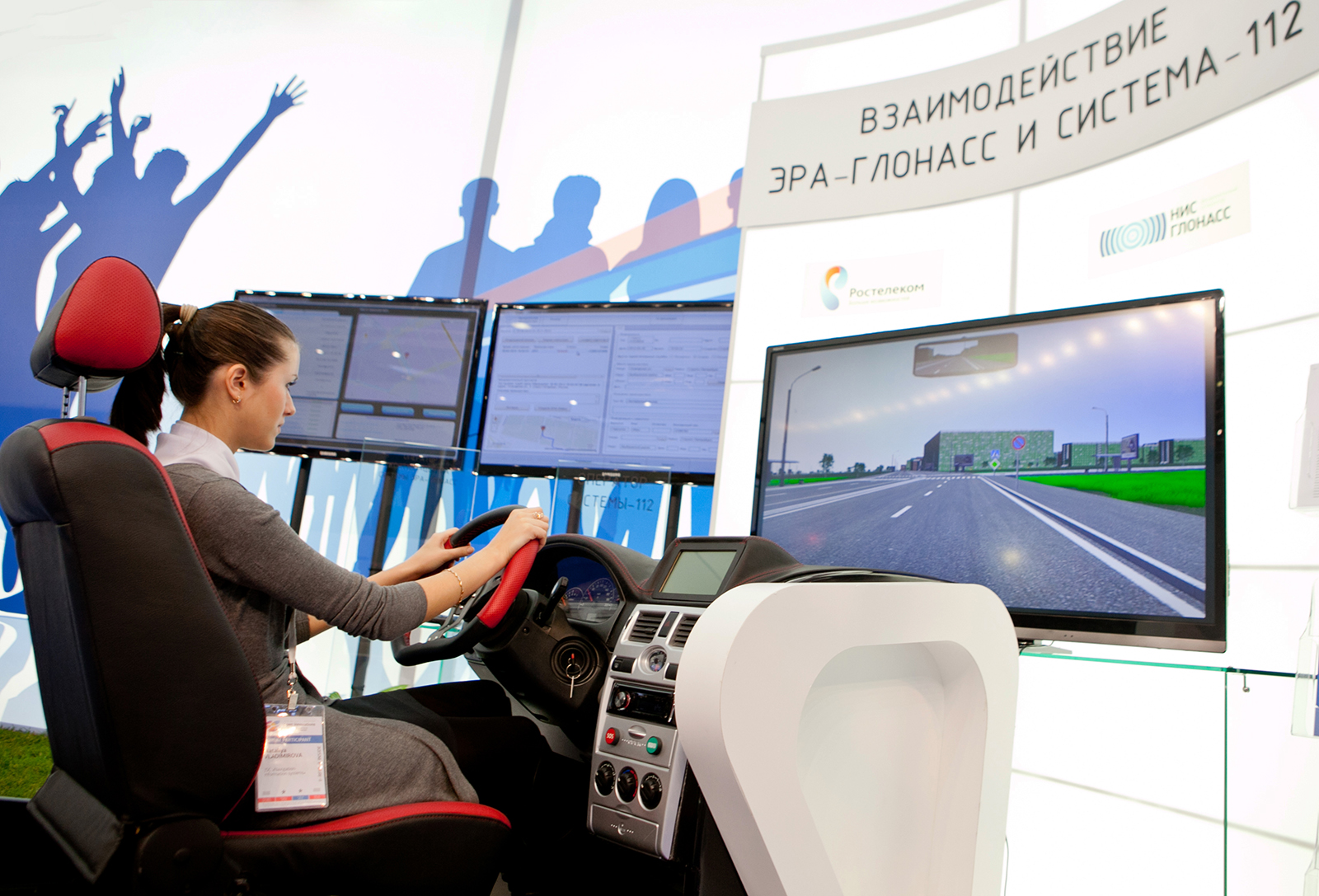 Presidential Commission for Modernization and Technological Development of the Russian Economy approved the creation of the ERA-GLONASS System in October 2009.